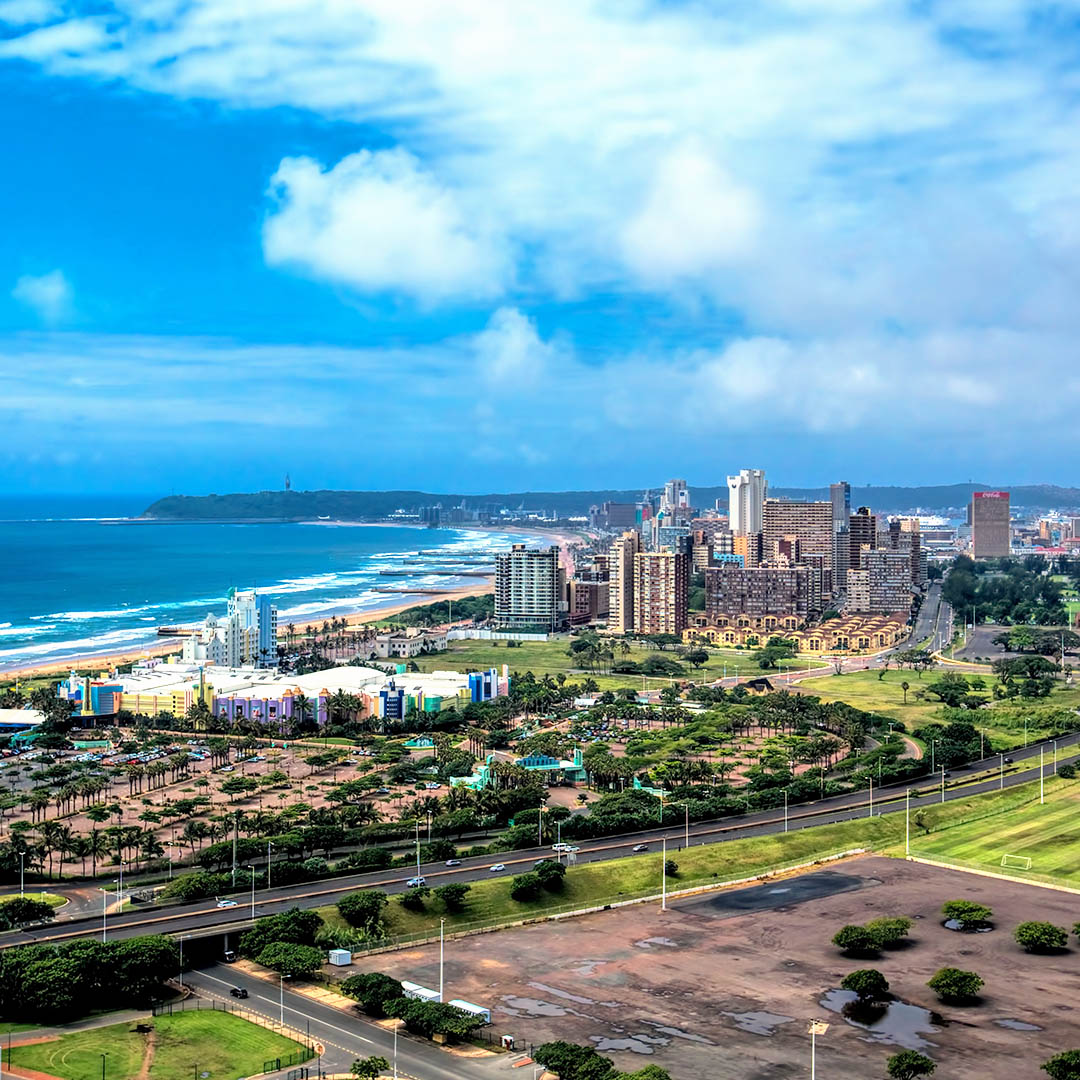 Durban is situated in humid subtropical zone which is known for warm weather during summer time with high humidity and soft and cool winter with short rainfalls.

To help you choose the best time to travel, you can find climate data below on the weather in Durban .

The best weather conditions for the beach leisure in Durban are typically January, February, March, April, November, December. Best season with the soft weather for the sightseeing and long walks are April, May, June, July, August, September, October.

The table shows that the hottest months in Durban are February and January, during which the average daytime temperature reaches +28°C and the nighttime temperature falls to +21.1°C.

The coldest months are July and August, when the daily average temperature falls to +22.6°C, and drops to +10.5°C during the night.

Most booked hotels in Durban

The month with the highest average monthly temperature in the Indian Ocean on the beaches of Durban is February with 26.4 degrees.

The coldest water can be found in August — 21.2degrees C.

The largest amount of precipitation falls on average in January and March, up to 134mm, and the least in June and July — up to 38mm.