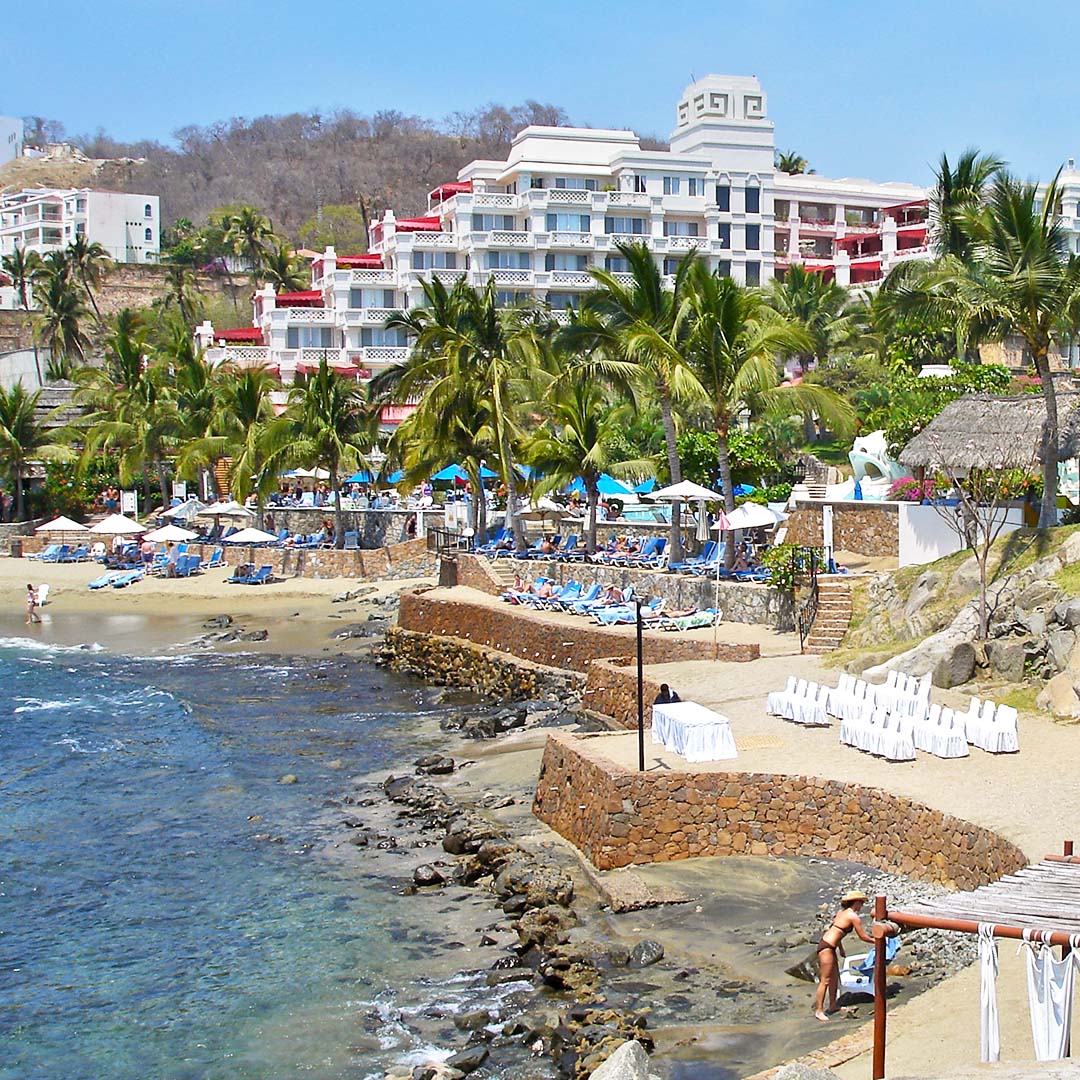 Location of the Manzanillo is tropical climate zone with dry winter and rainy summer, typically with noticeable change of rainfall between seasons and insignificant temperature variance.

To help you choose the best time to travel, you can find climate data below on the weather in Manzanillo in January.

High season with the best weather conditions for the beach leisure in Manzanillo are typically January, February, March, April, May, November, December.

Most booked hotels in Manzanillo

There are 11.5 hours of daylight in Manzanillo in January. Out of these, on average 8 are sunny, which means there is quite a lot of sun.

The average monthly temperature in the Pacific Ocean on the beaches of Manzanillo in January is +27°C.

The water is not only warm enough to bathe in, but it is also possible to stay in the water for an extended amount of time.

The amount of precipitation in Manzanillo in January is usually 29 mm, a negligible amount.